Seeking guidance through the crises of the tumultuous 1970s, many Americans looked to horoscopes, mystical gurus, spirits of the dead, super-advanced aliens, and countless other forms of pseudoscience, conspiracy theory, and the paranormal. Rationality was in dangerously short supply. In 1976, humanist philosopher Paul Kurtz brought together an unprecedented assembly of some of the greatest minds of the era to promote scientific inquiry and critical thinking. Luminaries such as Carl Sagan, Isaac Asimov, B. F. Skinner, Martin Gardner, Ray Hyman, and James Randi joined Kurtz to form what was then the Committee for the Scientific Investigation of Claims of the Paranormal, or CSICOP—today known as the Committee for Skeptical Inquiry, or CSI.

…taking a step beyond atheism…

In 1980, Paul Kurtz founded the Council for Democratic and Secular Humanism (CODESH), the first organization to advocate for secular humanism: a naturalistic lifestance of positive, rational ethics. It stood in stark contrast to the rising Christian Right, a radical conservative political and cultural juggernaut that sought to dismantle the wall of separation between church and state while demonizing the already marginalized nonreligious. Today, CODESH is known as the Council for Secular Humanism. 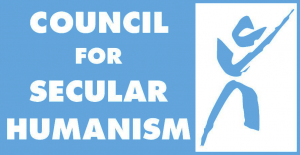 …and into a house of enlightenment.

In 1991, these two organizations established a single headquarters, adjacent to the University at Buffalo where Paul Kurtz had been teaching philosophy since 1965, which included a library that collected and preserved skeptic and humanist materials from throughout the ages. More than a building, this would soon become the umbrella institution encompassing these organizations’ shared mission for reason and science.

It was called the Center for Inquiry.

Watching as the Supreme Court Vandalizes the Wall of Separation