Several friends of mine recently posted a meme on social media that read, “Did you know the real LONE RANGER was a BLACK MAN name BASS REEVES and yes he did live among the INDIANS, The Lone Ranger ‘could not be cast in that era as a black man, so he was made into a white man with a black mask, Now you know…” 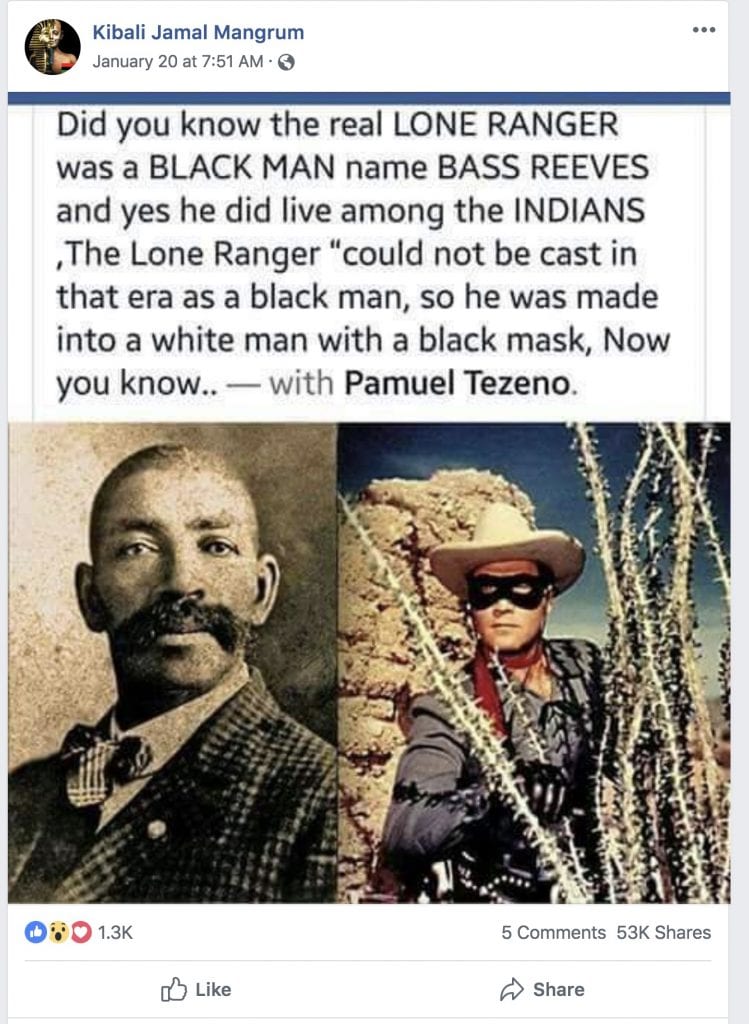 As a teenager I met the main actor who played the Lone Ranger on television, Clayton Moore (I have his autograph somewhere). It was at a public appearance in California and during a short Q&A someone asked about the origin of the character he played. As I recall he discussed it coming from old radio serials, along with other cowboy heroes such as Tom Mix. He didn’t mention anything about the character originally being African American, though I don’t necessarily attribute any racism to that, as it was a quick question about his TV show, and he wouldn’t necessarily have done so in that forum anyway.

The claim in the meme certainly seemed plausible, and I spent a few minutes checking its accuracy. After consulting three or four credible sources I realized that the claim is partly true. The first half of the sentence is partly accurate: Bass Reeves, the black man pictured, was indeed an amazing historical figure. He was a Texas deputy marshal said to have arrested more than 3,000 people and killed over a dozen criminals, sometimes going undercover in daring exploits in Indian country. An article for History.com offers a good overview of this fascinating man.

It also concludes that “Although there is no concrete evidence that the real legend inspired the creation of one of fiction’s most well-known cowboys, ‘Bass Reeves is the closest real person to resemble the fictional Lone Ranger on the American western frontier of the nineteenth century,’ [Reeves biographer] Burton writes in Black Gun, Silver Star.”

Cinema researcher Martin Gram also debunked the claim, adding that “Proof was found that The Lone Ranger was intentionally patterned off of Robin Hood and Tom Mix…While the real life of Bass Reeves deserves to be better known, it is unfortunate that this fanciful ‘inspiration for the real life Lone Ranger character’ theory is what has brought him additional attention.”

So Reeves has indeed been referred to as “the black Lone Ranger,” but he was not “the real Lone Ranger.” In other words the Lone Ranger character was not necessarily based on Reeves; there were many Cowboy Westerns of that era, of which the Lone Ranger was one. By way of analogy, Ian Fleming drew on the real-life exploits of various secret agents including Sidney Reilly and Peter Smithers in creating the James Bond character, but it’s not accurate to say that Reilly, Smithers, or any of the others was “the real James Bond.”

However the second half of the sentence, that the Lone Ranger could not be cast in that era as a black man, is at the very least misleading. It may well be true that a black actor in the role would not have been accepted at the time (the TV series ran from 1949 to 1957), but since a black man was not in fact the inspiration for the Lone Ranger, there would be no reason to cast a black actor in the role in the first place—assuming of course the producers wanted historical accuracy.

Misleading memes are common, but I was curious to see where this particular one came from. Was it a glaring mistake by a noted historian, or just some random person? I noted that the memes had recently been shared by a “Kibali Jamal Mangrum.” It was likely getting renewed interest because of Black History Month.

Out of curiosity I spent a few minutes looking at other things Kibali Jamal Mangrum has posted recently besides that Lone Ranger meme.

And that’s when the rabbit hole opened up.

“Kibali Jamal Mangrum,” it turns out, shares racist and wild conspiracy theories. The Reeves meme he shared certainly had a racist conspiracy tone to it. It didn’t merely highlight the true story of a brave and amazing African-American man; it explicitly said that Reeves had been denied credit for his legacy (or “whitewashed” out of Hollywood), which does not seem to be true. There was of course rampant racism of the era and many examples of whitewashing history, but Reeves being written out of his legacy of inspiring The Lone Ranger specifically does not seem to be an example of that. 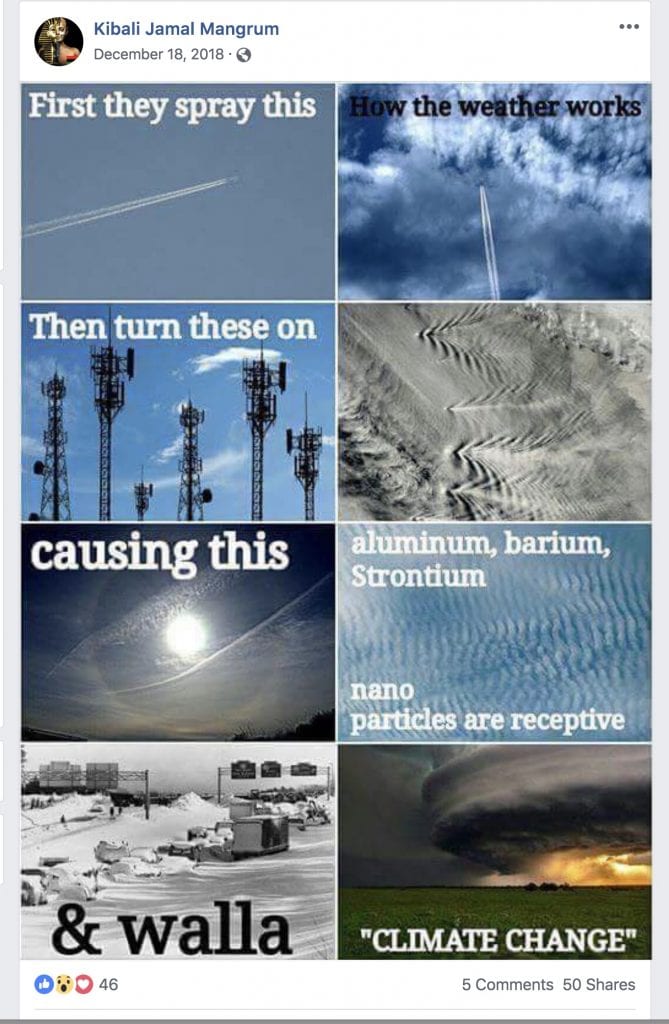 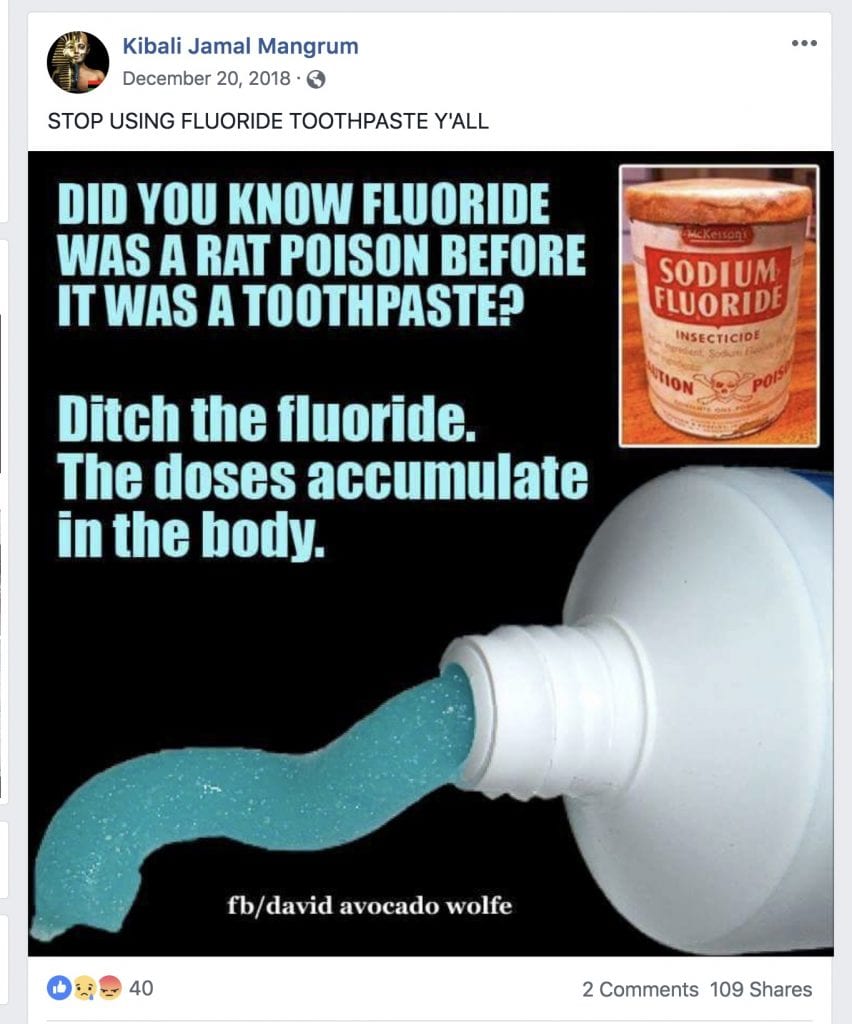 Mangrum claims that members of the Bush family regularly had sex with Michelle Obama, and that “H.W. Bush ran a homosexual prostitution ring out of the White House.” He shares the debunked theory that the CIA spent years introducing AIDS to the black community. 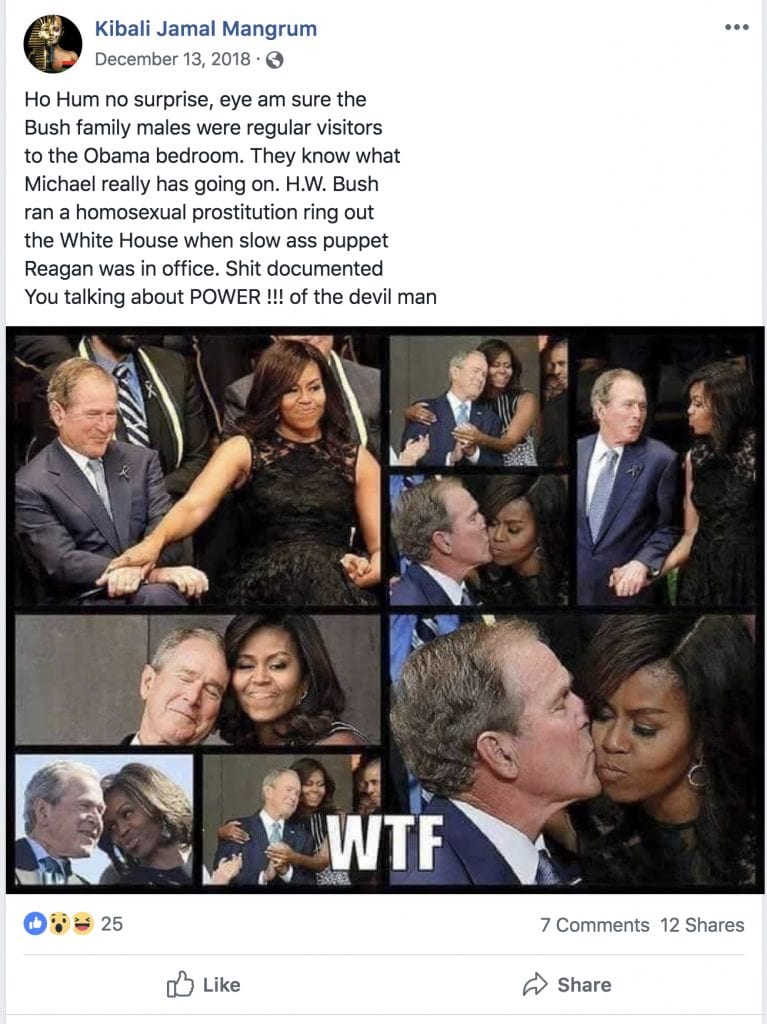 He references the Illuminati and Rothschilds New World Order conspiracies, and attacks Nelson Mandela as a Freemason who “sold South Africa” to the Rockefellers. And so on. 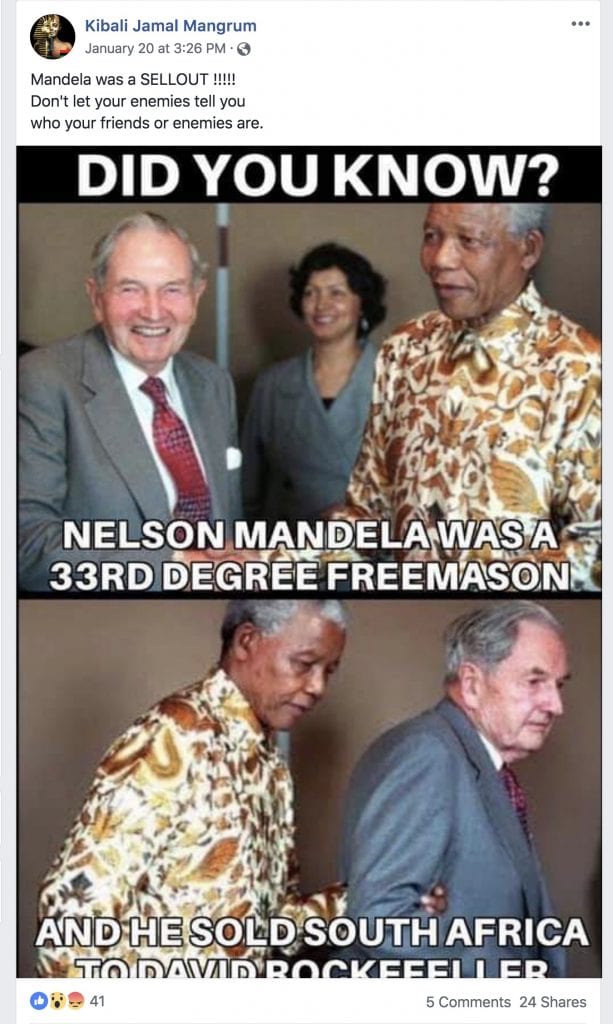 The internet is full of cranks, and for every Alex Jones there are tens of thousands of ordinary social media footsoldiers who share and spread their wild ideas—some knowingly, others not. What’s especially interesting is how Kibali Jamal Mangrum was able to get otherwise skeptical, critical thinking advocates to spread his ideas. Most of the memes appeal to those concerned about racism and social justice…. but often with a twist of conspiracy.

This is a common tactic adopted by Russian trolls, and it is very effective. In 2017 I wrote a Special Article on how Russian conspiracies taint social activist news. (For more on this see the Wired piece “How Russian Trolls Used Meme Warfare to Divide America.”) 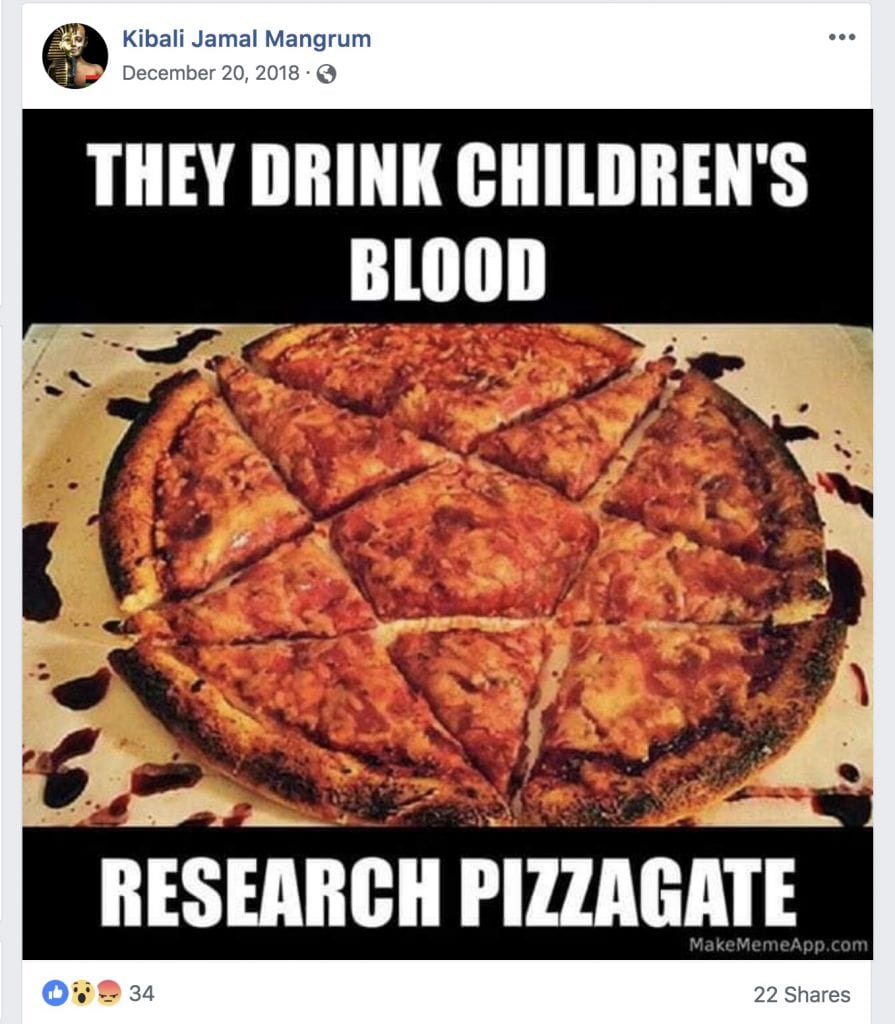 People see and share memes all the time, and rarely fact-check them. Ideas that confirm our biases and assumptions easily slip under the skeptical radar. Liking or sharing a misleading meme about Bass Reeves, by itself, isn’t the end of the world. But it’s part of a larger problem. Facebook algorithms assure that people and profiles that are widely shared get more attention and clicks than those that don’t, and every Like and Share linked to conspiracy theory accounts (or trolls) does more harm than good. Black History Month—not to mention the true story of Bass Reeves—deserves better than to be hijacked by conspiracy and misinformation.