What do you think about the Maryland “Peace Cross” case?

They can call it a peace cross, a war cross, a Budweiser cross, a David Cross or a Noah Cross – it’s still undeniably a symbol – THE symbol of the Christian religion.

They communicate ideas — sometimes important ideas – and their display is both intentional and meant to convey a message even if indirect or unspoken. When I wear my Chicago Bears hat in Los Angeles, I’m not only saying I’m not one of you (L.A. Rams fans), I’m also saying I know your team was in the Super Bowl (the Bears weren’t) but don’t forget the Bears beat you in the regular season so don’t even think about gloating. That little “C” on a blue cap conveys every bit of that message. 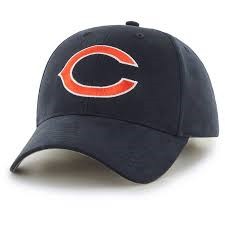 Some aspects of this case about a giant Maryland cross that sits on public property make me wonder if the folks arguing that it should remain are living in a dream world.

Let’s start with the idea that this Christian cross is a non-religious, non-Christian symbol merely honoring a bunch of soldiers who died in WWI. Crosses were grave markers, not religious icons, the argument goes. So I’m to believe that this is a non-religious symbol that is on display in virtually every Christian church on the planet? Are we to accept that there is no direct, undeniable connection between that cross shape and the belief in Jesus Christ, (alleged) son of God, the most famous person in history to be strung up on such a shape? They can’t be serious.

If crosses are secular, and unrelated to the Christian religion, then there should be no problem using them to sell Jack Daniels, Maui Wowie, or Hustler magazines. If crosses are secular then so are Stars of David, Buddhas, Muslim Stars and Crescents, and Scientology logos.

You can pretend that crosses don’t mean Christianity, just like you can pretend that a swastika will only be seen as a Hindu sun sign (which it is), but don’t be surprised if the Goldbergs next door get upset if you hang one on your porch. Individuals get cross tattoos, wear cross jewelry, and make the sign of the cross at the free-throw line because they are Christians displaying their Christianity. That’s no different from showing people you root for a team or drink Diet Coke. We express our tribal loyalties all the time, and that’s ok. If you want to make yourself miserable rooting for the Cleveland Browns, knock yourself out.

But when institutions – especially the U.S. government—plaster symbols all over the place, they are saying something more. They’re saying this is our turf. Cross a border, get some cash from an ATM, or land on the surface of the moon and you will find symbols that scream “America!” We are sovereign over our own land, we print our money, and we landed people on the moon first, so those national symbols of turf in those places are appropriate.

But the U.S. government is not an arm of Christianity. Christian symbols, Muslim symbols, Jewish symbols, Scientology symbols, Satanist symbols, Flying Spaghetti Monster symbols should never be on US government property. NEVER. Our founding fathers figured out that since giving all religions (even just the ones around back then) an equal representation in the government would be a nightmare, it would be easier to just make the whole government secular and leave everyone’s religious beliefs (if any) to their private lives and private property.

But noooooo. People – even those in our supposed-to-be secular government – are constantly trying to foist their particular religion on the rest of us – and have been for over 200 years. Placing crosses and 10 Commandments on public property is no different from gang-bangers tagging buildings in their neighborhood or dogs pissing on fire hydrants. It’s simply a form of marking turf and saying we are in charge here.

The American Legion lawyers in the Maryland case argued the cross doesn’t “preach conversion,” that it’s just a form of (protected) religious speech. But the US government shouldn’t be engaging in religious speech. The US government shouldn’t take positions about any religion — speech or otherwise — except to be neutral about it. Allowing ONE religion to put its giant symbol on public property is not remaining neutral! It’s screaming from the rooftops to all who pass it “You’re in Jesustown!”

Don’t think so? Then try erecting a giant Star of David or a Muslim Star and Crescent on a similarly non-descript piece of public property – maybe across the street from Focus on the Family in Colorado Springs. See what happens. Hey, it’s just a memorial to the many Jewish or Muslim Americans who died in WWII. Those symbols aren’t religious! They’re just a historical way to pay respect to those who died in service to our country.

Big, important symbols only become secular or harmless when it’s the majority displaying them and pooh-poohing any objections to their otherwise iconic symbol being on public property. If someone else wants equal time or space, the First Amendment is under fire.

When a Civil War statue of Robert Ingersoll (he commanded the 11th Regiment Illinois Volunteer Cavalry) is erected on public property, I’ll cut the cross contingent some slack.