What did you think of the Creation Museum’s Ken Ham blaming the secular community for the lame turnout at the Ark Encounter?

You have got a lot of nerve, pal. How can you disparage us atheists like this? After all we’ve tried to do for you…

First of all, I personally paid full price to see both the Ark Encounter in scenic Williamstown, KY, AND the Creation Museum in Petersburg up the road apiece. So I’ve done MY part to support your multi-million-dollar monuments to make-believe. 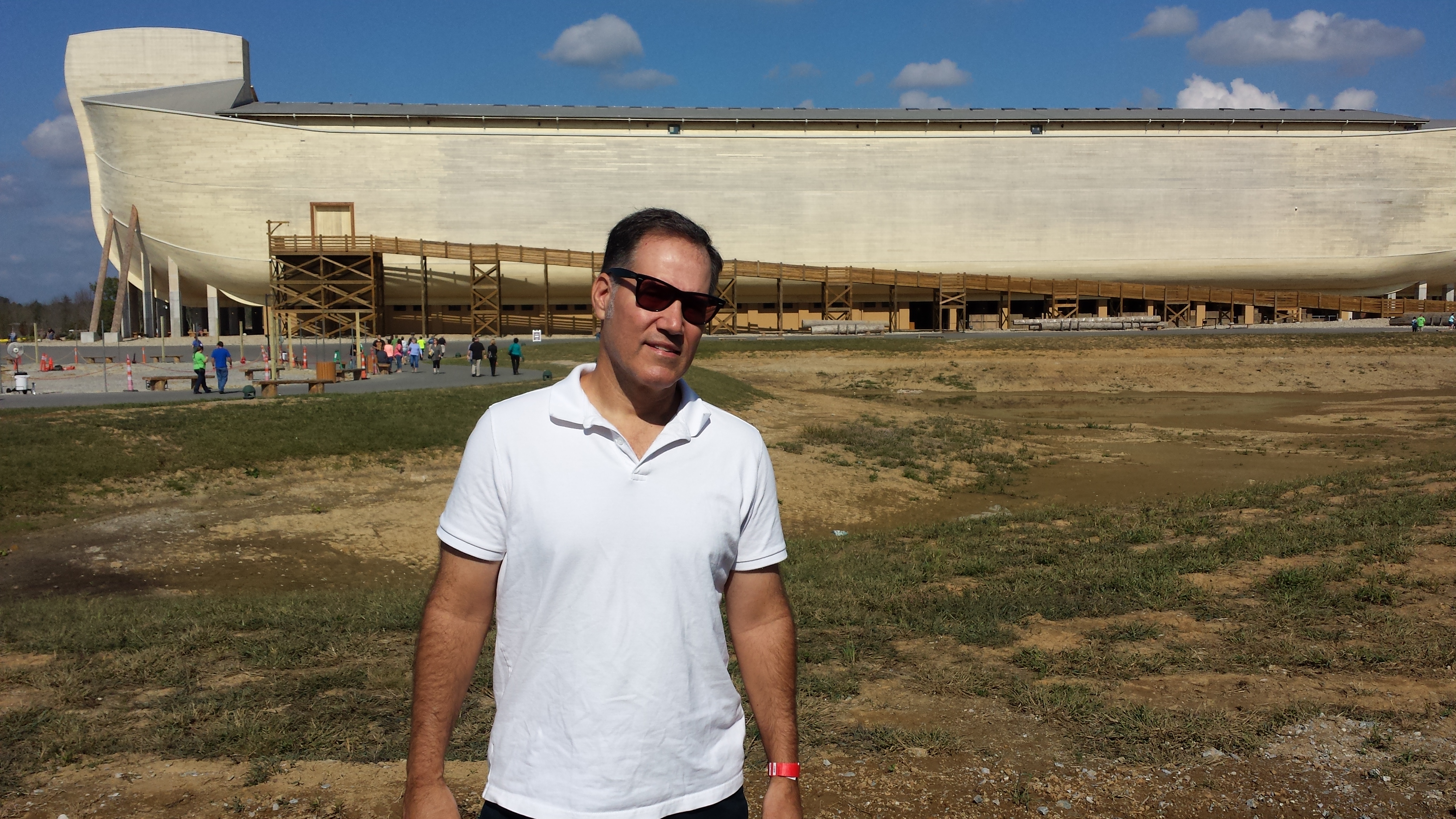 Indeed, my interest in your Ark was also artistic. Years ago, I wrote a draft of a screenplay about a modern Noah-type building a huge boat in his Iowa hay field. So a visit to the Ark Encounter held special interest for me beyond a professional inquiry.

I was so poised to sing the praises of the Ark Encounter when I first saw pictures of your massive replica (can there be a replica if there was never an original?) of Noah’s Ark. In preparation for my visit, I reread the Genesis pages about the Ark and the flood and was very excited to see what you had done with the place.

Can you imagine my disappointment when I found out you had cheated? That’s right, you cheated in the design and construction of your ark by not following Genesis. (Genesis, Kenny, it’s in the very name of your organization.) Not only are the specs wrong, but your construction methods are well outside the capabilities of Noah, and his 3 sons.

We learn in Genesis that after admitting that he bungled his little experiment creating humans and (most) animals, God decides to murder (Genesis 6:7) just about everything that breathes on earth (even though he created them) and tells Noah to build a big-ass boat.

So far, Ken, you’re square with the bible.

But then you go off the rails and – according to your own book The Building of the Ark Encounter: By Faith the Ark Was Built — start fudging.

Ok, those are just the specs problems.

Remember, too, that Genesis sure makes it sound like Noah built this multi-story structure (resting on 70ft-tall/ 4ft-diameter timbers) …by himself!

After all the instructions Noah gets, Genesis says:

6:22 Thus did Noah; according to all that God commanded him, so did he.

Thus did Noah. Not Noah and 500 union carpenters… not even Noah and his 3 sons. Just. Noah.

Ken, you used cranes and semis and power tools and engineers. That’s cheating!

How can you honestly expect the atheist community to get behind your project when the building and structure of your ark is so vastly different from the real Noah’s ark? Noah could follow simple instructions. Why wouldn’t you heed God’s word?

What you did is like doing Civil War reenactments with assault rifles and Kevlar jackets. Or depicting Galileo looking at the moons of Jupiter with a 14” Celestron telescope.  The Ark Encounter is so inaccurate we simply can’t take it seriously.

You know us, Ken. We’re science-minded. We’re sticklers for those kinds of details.

Can I make a suggestion? Why don’t you tighten up your act, stick to the biblical script, and build a proper ark like Noah did. Then we can talk about an endorsement for your exhibits.

Until that happens, we just can’t recommend your work in good faith.

Jehovah’s Witnesses Adapt to the Pandemic