In one of the smartest takes I’ve yet heard on either topic on its own, former CFI president Ron Lindsay shows how “grandfathering” religious monuments into a secular context is just as problematic and wrongheaded as doing the same for Confederate monuments:

… the possibility that no thought was given to the message these monuments conveyed to those who had no voice in their community confirms their objectionable character. They represent constant, vivid reminders of a time when, in one case, not being Christian meant social ostracism and political powerlessness, and, in the other case, not being white meant legal, social, and political subordination.

CFI West director Jim Underdown is the guest on WGN Radio’s WGN Nightside to talk about skeptical investigation of the paranormal.

Point of Inquiry co-host Kavin Senapathy is interviewed at The Good Men Project about pseudoscience’s oversized role in the debate over diet.

YouTube is testing a fact-checking feature that would display warnings up against videos with misinformation about things like vaccines.

Facing a losing battle with the major tech platforms on which their propaganda is spread, anti-vaxxers are getting weirder, claiming that measles prevents cancer. It doesn’t.

Professor of global health Saad B. Omer writes in the Post that Rand Paul is way off base in his characterization of mandated vaccinations:

My perspective on Paul’s comments is shaped both by my research into public health, epidemiology and immunization, and by my experience as a naturalized U.S. citizen who immigrated here after spending most of my childhood living under a dictatorship.I don’t take questions of personal liberty lightly. But Paul is wrong.

Overall, U.S. vaccine mandates strike the right balance between personal freedom and public protection. These mandates work by changing the “balance of convenience” in favor of vaccination by putting bureaucratic hurdles in the way of opting out of them.

Amy Wang at the Post reports on the case of an unvaccinated kid who got tetanus:

His blood pressure shot up, and he became feverish. Doctors inserted a tube in his windpipe so a ventilator could help with his breathing, and treated him with neuromuscular-blocking drugs to reduce his muscle spasms. He would remain on those drugs for more than a month, and in the intensive care unit for a total of 47 days. … In all, the boy’s medical charges in the hospital amounted to $811,929 — which did not include the cost of being airlifted to the hospital or of inpatient rehabilitation, according to the CDC.

At Skeptical Inquirer online, Annika Merkelbach reports back from the European Skeptics Congress with an interview with Paul De Belder, president of SKEPP, the Flemish Belgian skeptical society.

Another candidate you likely never heard of, Rep. John Delaney, said exactly the right thing about religion and government:

I firmly believe in the separation of church and state, full stop. … I don’t believe religious doctrine should inform public policy.

Have mercy on us all, Roy Moore wants to run for Senate again in 2020.

At The New Yorker, Jeffrey Toobin spells out what’s happening with the Supreme Court:

What the conservatives are doing, in effect, is reading the establishment clause out of the Constitution, and turning almost every issue into a free-exercise case. In this reading, any denial of government benefits to a church can be seen as discrimination which amounts to a denial of free exercise—and the conservatives are making the same move with respect to individuals. Conservatives now cite the free-exercise clause to allow religious people to exempt themselves from obligations that are binding on all other citizens. This currently comes up most often in the context of people who want to discriminate against gay people as an expression of their religious beliefs.

RNS reports from the SoCal Secular Leadership Summit, where local secular groups get all networked and whatnot to more effectively collaborate and mobilize.

A bipartisan duo of U.S. Senators who increasingly seem like they’re each in the wrong party, Lisa Murkowski and Joe Manchin, co-write an op-ed to advocate for “responsible” measures to confront climate change:

There is no question that climate change is real or that human activities are driving much of it.

“Much.” Also, they don’t seem to be in favor of “those who support drastic, unattainable measures to reduce greenhouse-gas emissions.” Well, I mean, we should try attaining as much as we can, though, right?

In an act of equal parts lunacy and cruelty, a judge in Alabama (of course) is allowing a dude, one Ryan Magers, who impregnated a 16-year-old girl to wage a “wrongful death” suit against an abortion service provider and a pharmaceutical company on behalf of the six-week-old embryo. Jill Filipovic lays out the obvious insanity:

The ripple effects could be enormous. A “pro-life” victory here would give free rein to men like Ryan Magers, who allegedly coerced his teenage girlfriend into sex, allowing them even more control over those same girls’ reproductive lives and, by extension, their futures. A great many women and girls have sex with men who are abusive, controlling, or simply not men who they want to be tied to for the rest of their lives. A “pro-life” victory here would give any man jurisdiction over any woman with whom he has had sex.

Canada is going to stop paying for homeopaths to practice their nonsense in Honduras, after being utterly embarrassed about it in the media.

Ruth Walker of the Eastern Iowa Atheists delivered an invocation before the Iowa State House:

Ideas that stand the tests of time are evidence-based, informed from the methods of science, always ready to change with further evidence. Practicing this helps to recognize good ideas from unexpected sources.

Trump wants a Space Force, but doesn’t seem to want to fund things like, you know, science. Or even space science. Dennis Overbye reports that Congress goes ahead and bumps its funding anyway, and Trump signs it. Thus, a new lease on life for the James Webb Telescope and the “Wfirst” telescope.

Asteroids can be big jerks. Even if we go to all the trouble of blowing one up before it slams into us and kills us all, it might just go and put itself right back together like some supervillain.

Gwyneth Paltrow, apparently feeling the pressure of humiliation, decides to go for self-mockery with an appearance on SNL making fun of Goop. A little. It’s kid gloves. 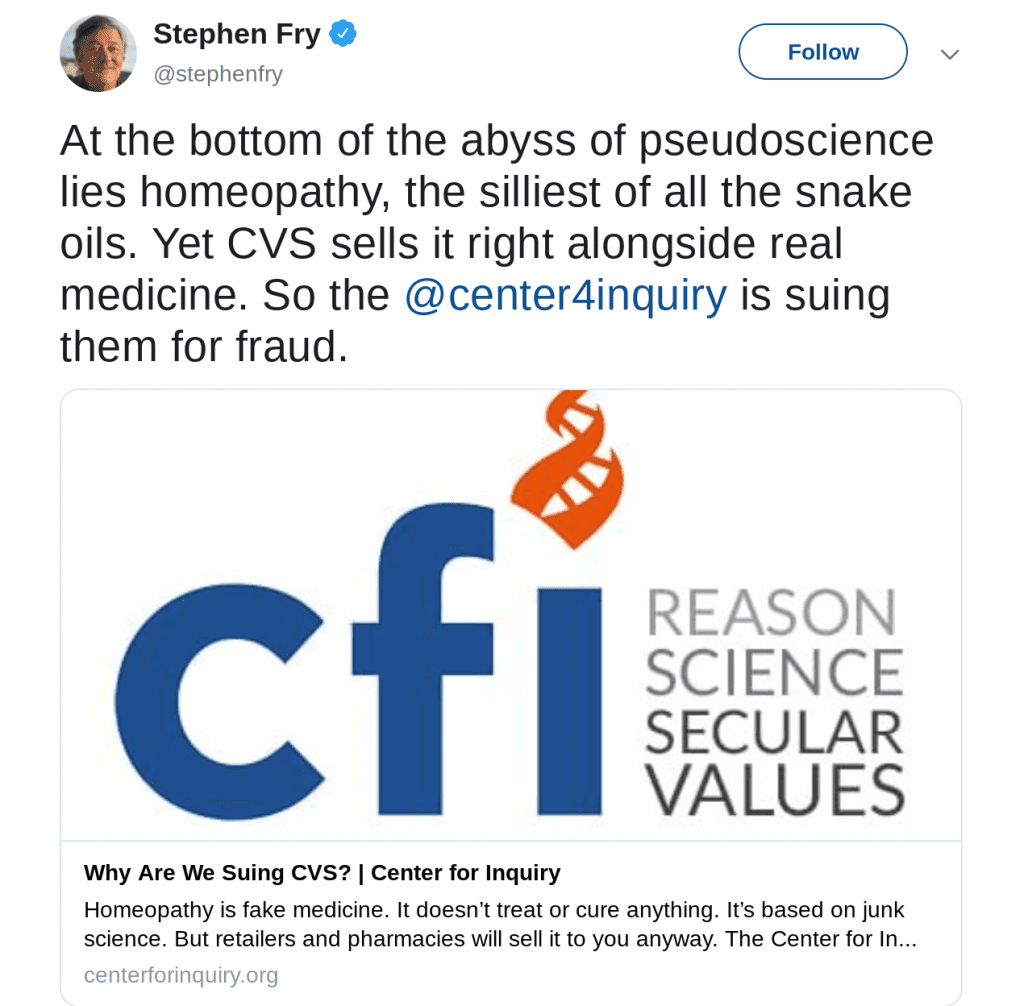