In that moment, she did not matter. Not to this fellow, anyway. Toward the end of the session, she in a way returned to this kind of scenario. Expressing her admiration for men like Richard Dawkins, Sam Harris, and Steven Pinker (who she happens to be married to), she also pointed out, “Have they ever had the feeling of walking into a room and not mattering?” Of course not. “They should shut up and listen to us on this!”

The conversation here was focused on Goldstein’s concept of “mattering,” a term she long ago became transfixed with, saying that “we are matter that wants to matter.” (Referencing religious belief, she added, “We want to matter so much that we deny that we’re matter!”)

Much of the discussion focused on how some of the lofty-seeming ideas of professional philosophers can be made accessible to the general public. Goldstein was very bullish on this prospect, because she feels that just by dint of being human, and having the luxury of not constantly battling for survival, the practice of philosophy is actually fairly universal. Everyone, as it were, thinks about thinking.

If anything, Goldstein said, it’s the non-philosophers that present her with some of her greatest philosophical questions. When talking to those outside academia, “people who don’t live in my little bubble,” which has its own jargon and shorthand, they will challenge her in ways her fellow philosophers simply can’t, “and I struggle.”

Back to mattering, though. As Goldstein put it, “a person who lacks a sense of mattering is in despair.” She described moral progress itself as the ongoing understanding that groups that we ourselves don’t belong to also matter. The “isms” that plague us (sexism, racism, etc.) are manifestations of the idea that certain groups matter more than others. “Comparative mattering is just epically wrong,” she declared. Humanism, really, is the idea that we all categorically matter.

Miller raised the topic of Black Lives Matter, and Goldstein agreed that this was a perfect framing for what they’re trying to achieve. “It’s these lives that are in dispute” after all, and the rejoinder from opponents, “All Lives Matter,” is a “ridiculous comeback.”

One more highlight. Goldstein was musing on mattering as a kind of immortality, and thinking about her own death, said, “Once the physical body is gone, maybe the ideas will be taken more seriously!” It was mainly a bit of humor, but let’s be clear: we’re taking her ideas seriously right now. She’s the Important Academic in the room we’re looking to talk to. 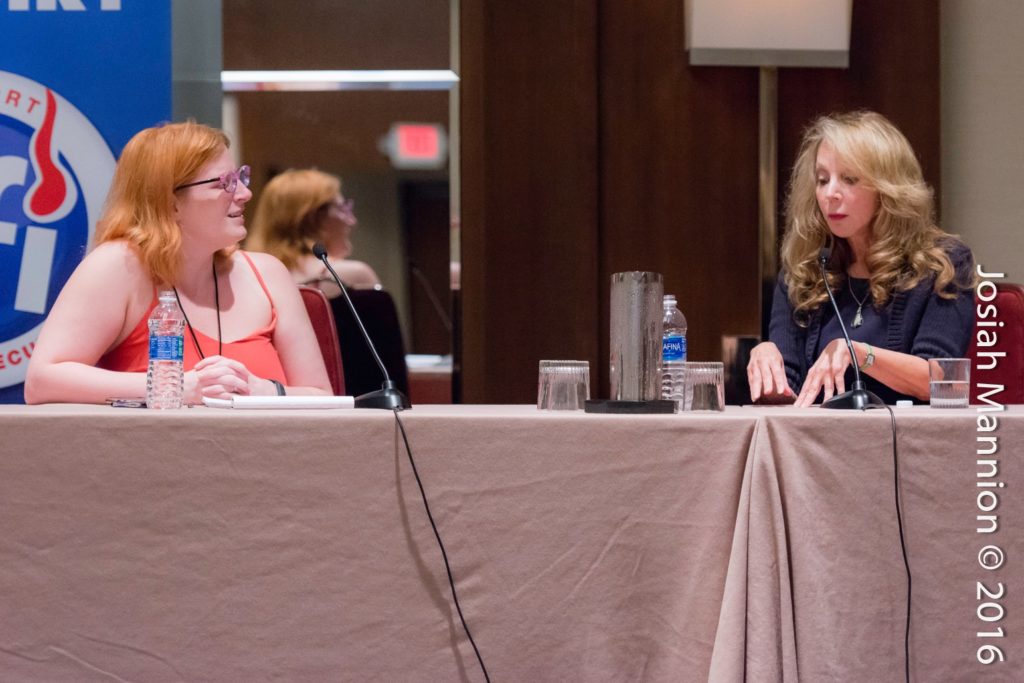