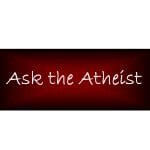 Classically, the word Apocalypse refers to the end times described in the book of Revelation in the bible. We can safely ignore this because Revelation is batshit crazy – even by biblical standards. The insanity that goes down in Revelation makes Noah’s Flood seem like a county fair. Even most Christians have to read Revelation and say, “God wouldn’t do that.” (Wouldn’t he?)

I guess what I am asking, in this justifiably sensitive world, is that people consider the source when deciding whether it’s ok to laugh at something. It really does matter who’s making the joke. Yes, there’s a lot of shit that needs correcting in this country, and we shouldn’t let up for a moment in working toward a better world. But not everyone who tries to make a joke is a bad person, and no one is funny every time. That’s just a fact.

Trump should be allowed to promote – as vigorously as he’d like – the following list of products and brands to his supporters.

Mmmm mmm, I do love me some Fugu on the barbie. When I have some of the other millionaires-claiming-to-be-billionaires over for a back-porch cookout, I love to surprise them with some pufferfish. I make the best fugu. Ask anyone. They tell me it’s hard to clean properly, but how hard can it be? You cut, gut, and toss it on the grill. It’s the best. I’m the best. 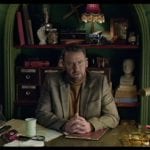 Extra Ordinary, a gloriously amusing Irish romantic comedy about the supernatural, begins with the obligatory, winking tagline “Based on a true story.” The ghost hunting genre is both ripe for satire and difficult to satirize effectively because it’s so self-evidently silly. From Ghostbusters to the Wayans brothers’ A Haunted House (2013) to the Scary Movie … 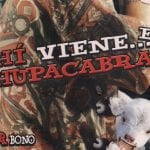 Of all the world’s cryptozoological curiosities I like the chupacabra the most. I’ve researched Bigfoot, Champ (the lake monster in Lake Champlain), along with Mothman, Lizard Man, the Kraken, and myriad monsters over my career. But the chupacabra is my favorite; I spent five years investigating and writing a book on the beast (Tracking the …

Hell, I’ve dodged a few bullets – motorcycle crashes, mountain-climbing mistakes, and other stupid, life-threatening exploits – but surviving those is no inoculation from my eventual demise. I know that bastard with the black hood and scythe will find me eventually. It’s one of the toughest things about being human – contemplating your own death. Sometimes I envy mosquitos, oblivious of quick hands and purple martins…

Did Chicago Cubs fans give up, when on 8/8/88, after waiting
118 years for their first night game, it was rained out? Hell no.

Did the castaways give up hope or kill Gilligan, after he,
for years, screwed up every solid opportunity to be rescued? Hell no.

Did “Mad” Mike Hughes give up after his first (DIY) rocket
launch failed to prove that the earth was flat? Hell no.

CVS wants cash too. My checking account only has $16 in it.
The company never paid me back for the PBR I bought for the Board meeting.

Can you ask Pat in accounting to wire $1000 to my account so I can cash a check?

Now hold on. Am I a Nazi or a Klansman? Make up your mind.

The effort to quash this series was great for TV, great for atheism, and great for America for the following reasons:

1. Uhh… Nexflix did not produce or air Good Omens. Amazon Prime did. So their original petition with 20,000 names on it was, at least initially, an embarrassing waste of time.

2. Christians still haven’t learned from past boycotts. The best way to heap tons of publicity on a creative endeavor is to protest it and boycott it! Martin Scorcese’s The Last Temptation of Christ, Robert Maplethorpe’s photography, and countless authors have benefitted from church prohibitions of their work. People instinctively flock to see what all the hubbub is about – which is a great boost in this age of media oversaturation.

C. If overzealous Christians are spending their time on TV shows, maybe they’ll have less time to try to tell a woman what to do with her body, fight environmental progress, or any number of harms they do to civilized society.

Check Your B.S. Detector with John Petrocelli on the next Skeptical Inquirer Presents, Nov. 5