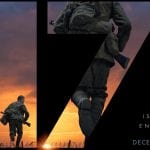 As advertised, the World War I film 1917 takes place in April 1917, when two British soldiers, William Schofield (George MacKay) and Tom Blake (Dean-Charles Chapman), are rousted from a weary daytime slumber. They’re ordered to cross enemy territory (a no man’s land littered with death and decay) and deliver an urgent message to another … 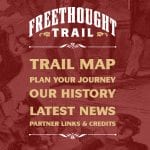 Lately, I have been doing a considerable amount of research for one of our projects, the Freethought Trail website (https://freethought-trail.org/). The current research has been for the development of further coverage for the centenary of the Nineteenth Amendment enacting woman’s suffrage in 2020. The website will be adding informational pages about each New York State …

Things are a bit different now. Any crackpot with a 6th grader’s knowledge of computers can design and launch a website, shoot, edit and post a You Tube video that is wrong in every sense of the word, and search the world for people who share their same fetishes, dopey ideas, or sick fantasies. 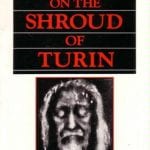 The 2019 International Conference “Science, Theology and the Turin Shroud” was held August 14–17 at Redeemer University College in Canada. Despised by some Shroud zealots as the author of Inquest on the Shroud of Turin (1983, updated 1998), I was billed as a presenter, but fears of a possible tragic outcome were whispered in skeptical … 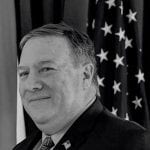 “That some persons are free and others slaves by nature … and that for these slavery is both advantageous and just, is evident.” So said Aristotle, one of the first advocates of the “natural law” approach to ethics. (See his Politics, Book I, ch. 5.) The State Department has just established a Commission on Unalienable …

How can you honestly expect the atheist community to get behind your project when the building and structure of your ark is so vastly different from Noah’s ark? Noah could follow simple instructions. Why wouldn’t you heed God’s word?

What you did is like doing Civil War reenactments with assault rifles and Kevlar jackets. Or depicting Galileo looking at the moons of Jupiter with a 14” Celestron telescope. The Ark Encounter is so inaccurate we simply can’t take it seriously. 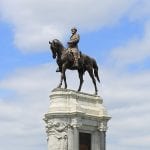 Of Monuments, Christian and Confederate

At first glance, a 40-foot cross in a traffic circle may not have that much in common with an over 60-foot statue of Robert E. Lee in a traffic circle, but they do—I mean other than their obstructing the free flow of traffic. There are significant similarities between the recent arguments over the removal or …

But noooooo. People – even those in our supposed-to-be secular government – are constantly trying to foist their particular religion on the rest of us – and have been for over 200 years. Placing crosses and 10 Commandments on public property is no different from gang-bangers tagging buildings in their neighborhood or dogs pissing on fire hydrants. It’s simply a form of marking turf and saying we are in charge here.

A perpetually non-air-conditioned Catholic church in August in Chicago. You are sentenced to an eternal wedding mass which includes taking communion, doing all the Stations of the Cross, and an interminable homily about the sanctity of marriage from a man who’s never been married and never will. You had to go to confession beforehand, during which the priest recognized your voice and knew you were bullshitting him with venial sins to try to get the confession over with quickly.

The groom’s bachelor party was the night before where you were timed to see how fast you could drink juice glasses full of warm Southern Comfort. In church you notice grass stains on your suit, and 4 of your fingers are swollen. You don’t know whether to puke or pass out.

The L. Ron Hubbard Life Exhibit on Hollywood Blvd. Because you gave the church all your money and can no longer afford housing, you are sentenced to an eternity of talking tourists from Des Moines into forsaking the religion they grew up with by trying to convince them that aliens landed on earth 75 million years ago on modified DC 8 airplanes.

When Tom Cruise arrives (yes, he’s there too) to inspire the workers, you are punished for laughing at his height. They hook you up to an e-meter with a short in the circuitry and shock you until you salute an animatronic L. Ron Hubbard in his navy costume for stints of 10,000 years. 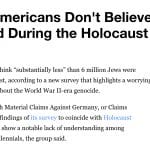 In the wake of racial incidents such as the shooting at a Pittsburgh synagogue in October 2018, it’s natural for the public and pundits to wonder just how common anti-Semitism is. Deadly attacks on Jewish houses of worship are thankfully rare, but what about anti-Jewish belief among the general public? One often-used metric is public …