Breathless headlines earlier this week referred to the “FBI Investigating Bigfoot,” a clickbaity phrase if ever social media saw one, along with the promise that newly-declassified FBI files shed light on the mystery.

As intriguing and sensational as it sounds, it turns out to be much ado about nothing. I’ll summarize the story, but there’s not much to tell.

In 1976 prominent Bigfoot researcher Peter Byrne, director of the Bigfoot Information Center and Exhibition, wrote to the FBI asking if they would agree to analyze some material—specifically fifteen hairs of unknown origin, along with a bit of skin. 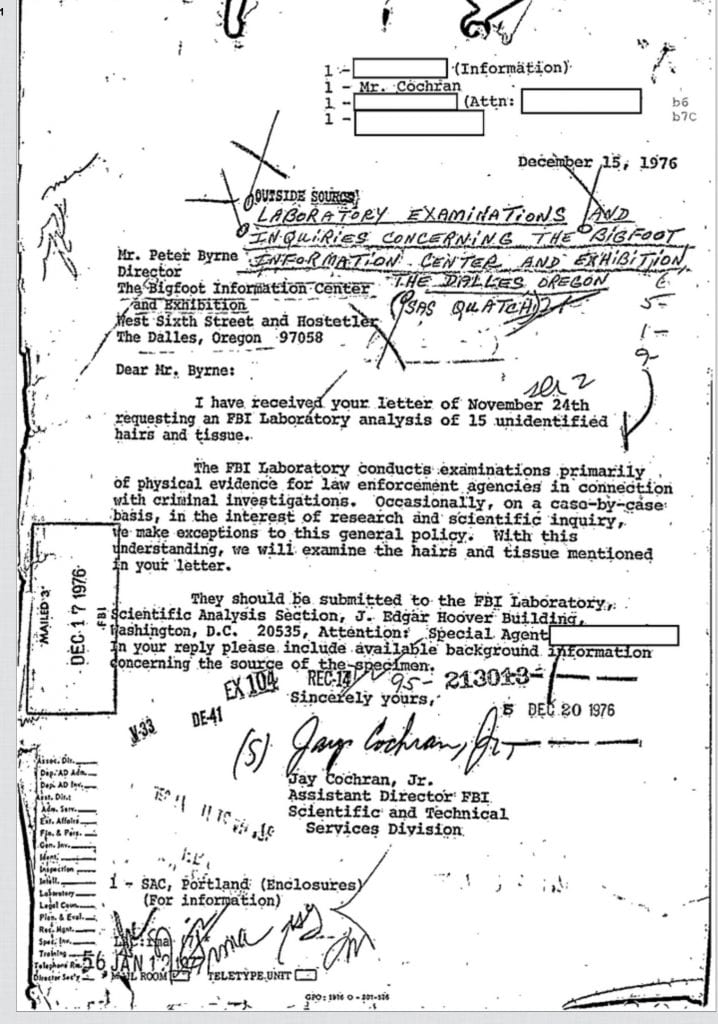 This got a December 15, 1976 response back from Jay Cochran, Jr., Assistant Director of the FBI’s Scientific and Technical Services Division. He explained that the FBI typically only works on criminal cases, but that “Occasionally, on a case-by-case basis, in the interest of research and scientific inquiry, we make exceptions to this general policy. With this understanding, we will examine the hairs and tissue.” A follow up letter to Byrne’s colleague Howard Curtis (dated February 24, 1977) provided the results of the examination: “the hairs are of deer family origin.” 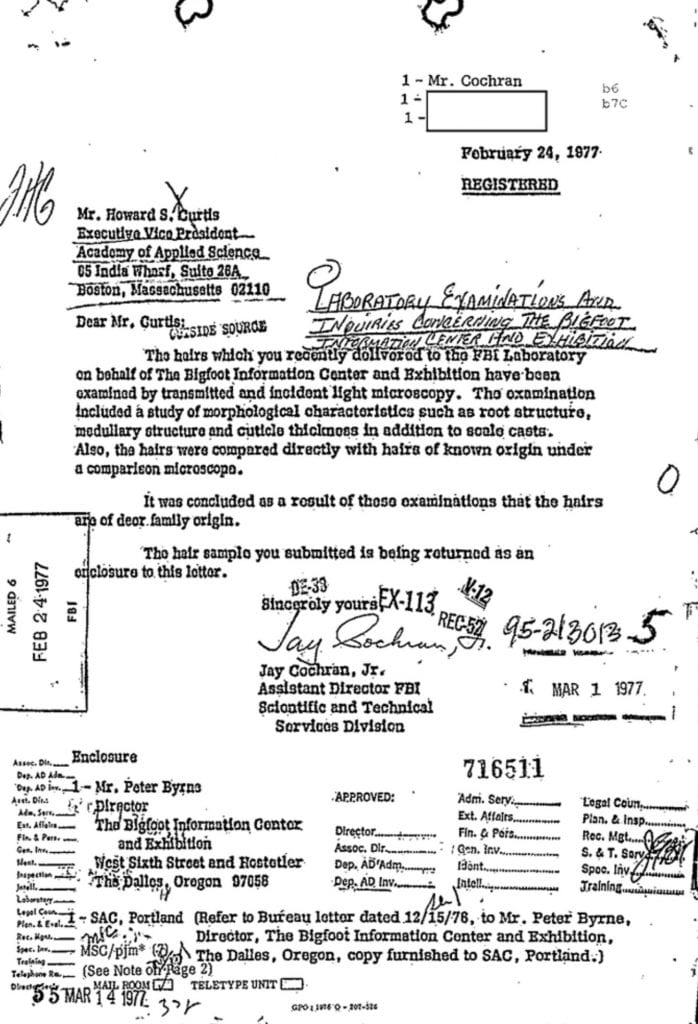 And… that’s about it.

The FBI did not “investigate Bigfoot.” It did not deem it credible or even worthy of investigation. It agreed to use its technical expertise to analyze some unknown hairs for a respected Bigfoot researcher, which turned out to be deer.

Which, by the way, is fine with me. Though I prefer that public funds not be spent on Bigfoot research (at least until such time as more compelling evidence emerges), I have no objection to an ad hoc scientific analysis of possible Bigfoot hairs by the FBI or any crime lab. After all, that’s the only way that the creatures—if they’re real—will ever be verified. I understand that the Bigfoot believer community is desperate for scientific legitimacy, and has been for decades, but this recently-released FBI correspondence won’t provide it.