The new horror film The Prodigy is about an evil child, and therefore follows a fairly predictable formula. The kid starts as a bundle of joy, then bad things happen but no one wants to believe the child did them, then the terror escalates as a parent or caregiver discovers a horrifying secret that leads to a dramatic climax—and a likely sequel. The genre has a rich and very popular tradition in cinema, including Rosemary’s Baby (1968), The Bad Seed (1956), Village of the Damned (1960), the Omen series (from 1976), The Good Son (1993), Orphan (2009), Hereditary (2018) and many others.

In this case the story centers on Sarah (Taylor Schilling), a mother whose young son Miles (Jackson Robert Scott) is not only oddly advanced for his age (a blessing) but also seemingly possessed (a curse). It’s not just kids, of course; many films play off the assumed childish innocence theme, including those featuring seemingly harmless dolls (Child’s Play and Puppet Master, for example). It’s an intriguing premise, but one that’s been done before and therefore the challenge for filmmakers is finding a new way to tell an old story, a way to add a new twist. The Prodigy borrows heavily from the many demonic possession movies because—well, why wouldn’t you? If The Exorcist can create sequels and a slew of imitators, why not?

But demons have been done to death, so the screenwriter changed it up a bit. We can surmise the studio pitch as something like “It’s The Omen and Child’s Play—but with a twist! It’s not the Devil that possesses the boy, but another person’s spirit!” Translating from the sacred to the secular, a few characters were swapped out but their roles remain. Sarah takes troubled eight-year-old Miles to see a psychiatrist named Jacobson, who—armed with Rorschach projective ink blots and a firm belief in both hypnosis and reincarnation—soon becomes convinced that Miles is afflicted by “an invading soul.”

In the real world these would of course raise red flags; hypnosis is not a reliable guide to recovered memories or accurate biographical information about past lives, but instead a source of freeform fantasy and subjective feelings.

A more complex script might have explored the inherent psychological and epistemological ambiguities or terrors in such a situation, but The Prodigy takes it as established fact and moves on from there. As it happens, the film makes a small but significant onscreen reference to a real-life claimed case of reincarnation, one which CFI founder Paul Kurtz investigated and discussed on ABC News. It involved a young boy, James Leininger, whose parents claimed that their child was possessed by the ghost of a dead soldier. Brian Dunning also examined the case for an episode of Skeptoid. 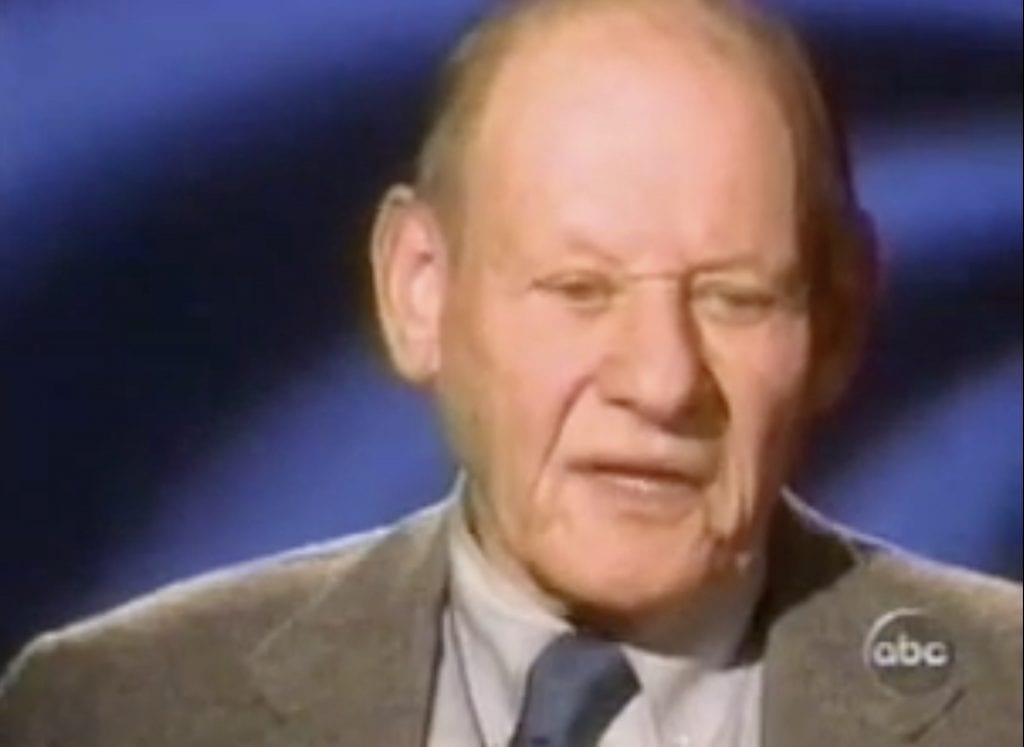 I investigated a more recent, similar case involving a four-year-old Virginia boy who in 2014 was claimed to have had a past life as a Marine killed in 1983. The claim was prompted by his parents and—somewhat disturbingly—profiled on a reality TV show called Ghost Inside My Child. The boy, Andrew Lucas, made comments to his mother suggesting (to her) that he’d lived in a past life and died in a fire many years earlier.

His parents believe he has factually reported the death of “U.S. Marine Sgt. Val Lewis [who] died in a bombing explosion October 23, 1983 in Beirut, Lebanon. Yet 4-year-old Andrew, who lives in Virginia Beach, remembers it as his death. ‘He just starts crying hysterically and I say “What’s wrong Andrew?” and he says, “Why did you let me die in that fire?” says Michele Lucas, Andrew’s mother. . . . Michele says he is saying things and recalling memories that no one his age should know” (Ciara 2014).

How could Andrew be remembering things that never happened to him? The most likely explanation is that he isn’t remembering anything unusual at all. There are several red flags suggesting that Andrew’s “memories” are not evidence of a past life but instead misunderstood or over-interpreted comments. When Andrew asked his mother, “Why did you let me die in the fire?” she interpreted it as a question coming not from her four-year-old son but instead from Sgt. Lewis. Yet Sgt. Lewis was a twenty-eight-year-old Marine, so why would he be asking Michele Lucas (who he’d never met and who wasn’t there at the time of his death) why she “let” him die in a bombing? Andrew is clearly speaking as a young boy to his mother, not as an adult military officer.

Andrew also mentioned an address on Main Street in Sumter, Georgia. The Lucases were unable to find anything confirming their son’s information and reached out to the producers of the TV show about ghost-haunted children. They then found several possible “matches” for Andrew’s information, including Sgt. Lewis.

The origin of this story isn’t hard to decipher when you examine the many clear examples of flawed investigation techniques used by Andrew’s parents and the producers. For example, at one point Andrew is shown large photographs of six soldiers who served with Sgt. Val Lewis and died in the same bombing. His mother then asks Andrew, “Were these your friends?” Andrew nods and says yes. “Which one was your friend? Which one were you friends with a lot?” his mother asks. The four-year-old replies, “I was friends with them, a lot—all of them.” (It may be significant that Andrew parrots back the same phrase his mother uses in her question to him, “a lot,” suggesting that he is taking cues from her.)

Folklore and The Prodigy

One folkloric example in The Prodigy borrowed from other films is the power of names. In Roman Catholic theology, as in William Peter Blatty’s novel The Exorcist and its filmed adaptation, knowing the name of a demon gives the exorcist power over it. In The Conjuring 2, for example, Lorraine Warren (played by Vera Farmiga) shouts to a demon, “Your name gives me dominion over you, demon!” in laughably stilted exposition at an evil entity who willingly and inexplicably volunteered his name to her just about an hour earlier. (I guess the dialogue “Excuse me, you vile demonic presence from deepest Hell, but just in case it might come in handy at the climax of the third act, would you mind giving me the one piece of information I would need to destroy you?” to which the Devil’s servant would reply, “Oh, yes, of course, it’s….” was too ham-handed.) The demon’s name in that film was clumsily telegraphed in the background several times in earlier scenes.

This theme appears in The Prodigy as well, with the exorcist—er, I mean psychiatrist Jacobson—repeatedly asking, under hypnosis, to know the name of the person inhabiting Miles. This allows Sarah to research her son’s spiritual invader. Jacobson declares, because of course he’s the authority on such matters, that the issue is that the spirit has “unfinished business,” a theme common in ghost folklore. Other exorcism themes appear as well, including Miles unconsciously speaking in a (presumably) unknown language; this is to be expected, as The Prodigy is promoted as from a producer of The Exorcism of Emily Rose.

The Prodigy is an interesting, if not wholly successful, addition to the genre. The acting is good overall, but one problem is that Miles isn’t a fully fleshed out character. He’s perfectly adept at evil glowering and changing from innocent to scary at the drop of a hat, but much beyond that he’s a cipher. We’re told in the title and in the exposition that he’s a brilliant prodigy, but we never really see him doing much prodigious… He develops quickly but otherwise seems like mostly normal kid, until he starts being violent with others for no particular reason (including beating the hell out of another grade schooler with a wrench during class). It’s seemingly done because Miles wants to partner with a girl student but is rebuffed, though there’s no explanation or follow-through: did he like her, or would he have reacted the same way if he’d been denied a second scoop of ice cream? Who knows? Miles’s other seemingly random victims include a daft babysitter apparently prone to walking barefoot in the dark, and a (less-deserving) family dog.

Many tired horror film tropes make an appearance in The Prodigy, from ominous “childish” drawings to jump scares. That being said, the film has some genuinely creepy and scary moments, especially in the last half hour. It’s hard to detail more of the plot without giving the ending away, but overall The Prodigy is about what you would expect walking in to the theater to see an evil kid movie.