An exhibit called “Treasures of the Church” is traveling the country. It is the collection of the Rev. Carlos Martins, who accompanies it, using it to evangelize Catholicism. It consists of the supposed relics of saints—a piece of bone here, a fragment of clothing there (as reported by the Minnesota Star Tribune, June 6, 2018).

Many of the faithful—or, if you will, the credulous—believe a relic has the power to heal, and Martins’ collection is accompanied by pious tales of allegedly miraculous cures. Such stories typically insist the healings were “medically inexplicable,” but that is simply an example of the logical fallacy called arguing from ignorance. Investigation often reveals that medical science was actually responsible.

Moreover, the presumption that cures are effected by relics, like so much snake oil, is tempered by the questionable authenticity of so many of them. Bogus relics were hawked with such audacity that the whole enterprise became the butt of jokes. Mark Twain wryly observed that whereas one fragment of the crown of thorns was in Rome and another in Milan, “they have a whole one at Notre Dame.” Catholic scholars know that the provenance (historical record) of relics older than about 500 years falls somewhere between nonexistent and unlikely in the extreme.

An actual relic of St. John the Baptist? A fragment from the Holy Virgin Mary’s veil? A piece from the very cross—the “True Cross”—on which Jesus was crucified? So common were the latter fragments that Protestant reformer John Calvin said there were enough to “form a whole ship’s cargo.” Indeed, the proliferation of fragments was so great that a pious legend claimed the cross was able to miraculously replenish itself! 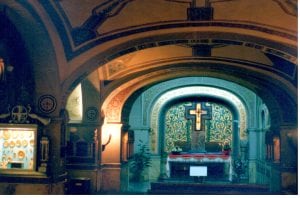 I have encountered several alleged pieces of the True Cross during my half-century career as a miracle detective. One was contained in a lighted cross in the Church of Maria Ausiliatrice in Turin, where I was investigating in 2004. (See photograph.) That same year I visited Venice’s magnificent St. Mark’s Basilica, whose Treasury has still more pieces of the True Cross. Yet another four fragments were displayed in a cross reliquary in the subterranean Museum of the Treasury in Genoa (where I examined the legendary Emerald Grail in 2009).

Confirming the need for skepticism about relics, one True Cross fragment was actually carbon dated: It came—not from the time of Jesus, but yielded a date span of 1018–1155 ce. Perhaps Rev. Martins will submit the fragment in his collection for testing. I suspect it too would prove bogus, but that that would probably have little effect on believers.

The Alleged Neutrality of Originalism: A Pernicious Myth