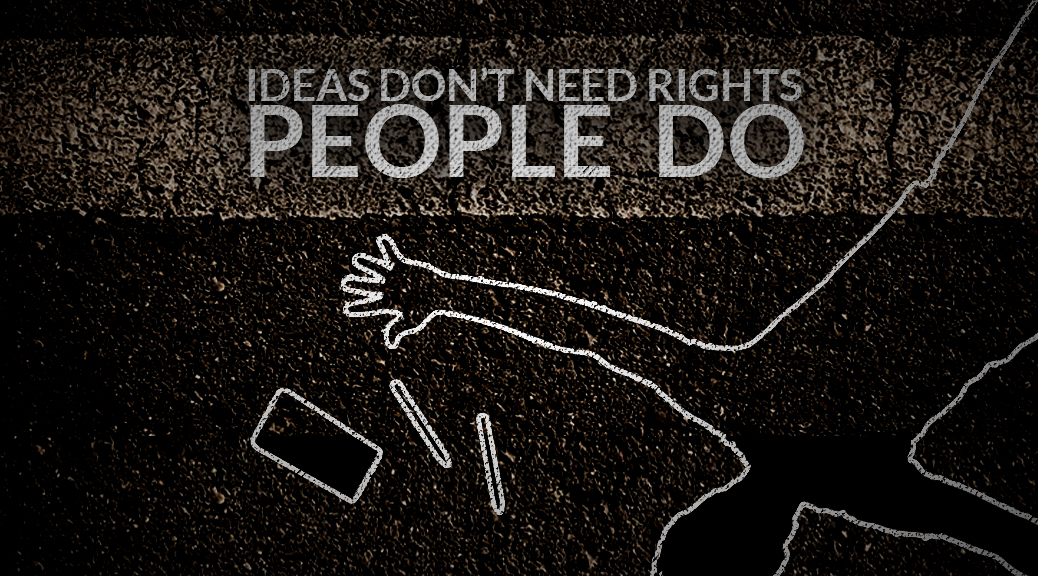 International Blasphemy Rights Day, held each year on September 30, is a day to show solidarity with those who challenge oppressive laws and social prohibitions against free expression, to support the right to challenge prevailing religious beliefs without fear of violence, arrest, or persecution.

International Blasphemy Rights Day is observed every September 30 to commemorate the publishing of the Jyllands-Posten Muhammad cartoons, which angered religious believers around the world, many of whom expressed their disapproval with violent protests, riots, and in some cases, murder.

While many perceive “blasphemy” as offensive, this event is not intended to ridicule and insult others. Rather, it was created as a reaction against those who would seek to take away the right to satirize and criticize a particular set of beliefs given a privileged status over other beliefs. Observing International Blasphemy Rights Day is a way of showing opposition to any resolutions or laws, binding or otherwise, which discourage or inhibit freedom of speech of any kind.

Freedom of expression, including the right to criticize any belief, religious, political, or otherwise, is the only way in which any nation with any modicum of freedom can exist. Without this essential liberty, dissent can be suppressed and silenced by labeling it as “defamation” or “blasphemy.” Even rhetoric that uses the guise of sensitivity, such as “hurting religious feelings” can be twisted to stifle opposition by turning popular sentiment against it.

If you support free speech, and the rights of those who disagree with religious views to voice their opinions peacefully, join the cause and support International Blasphemy Rights Day!

Learn more about what you can do on the “Get Involved” page.

The event is administered by the Center for Inquiry as part of its Campaign for Free Expression.