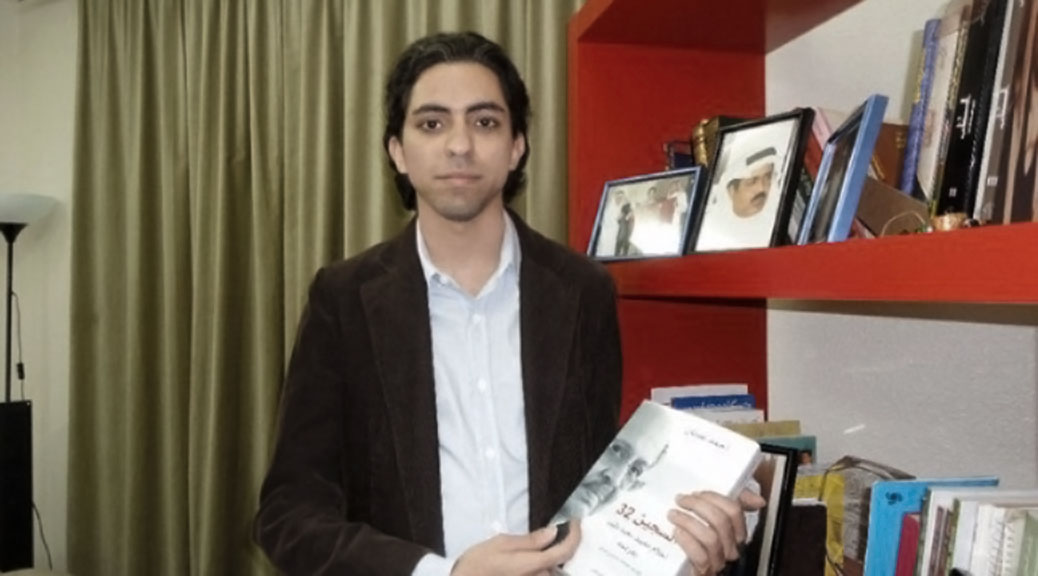 Raif Badawi, 30, is founder of the website Liberal Saudi Network, which was dedicated to fostering open discussion of religion and politics in Saudi Arabia. He is also an advocate for freedom of religion, belief, and expression, and women’s rights. He is currently imprisoned in Saudi Arabia for insulting Islam.

In 2008, Badawi was detained and questioned on charges of apostasy, but was eventually released. However, on June 17, 2012, Badawi was arrested and formally charged with insulting Islam and apostasy – the latter of which could result in punishment as severe as the death penalty. Badawi was arrested for hosting a website which features content critical of religion, and declaring May 7 as a “day for Saudi liberals.”

While the apostasy charge would later be dropped, on July 29, 2013, a criminal court sentenced Badawi to seven years in jail and 600 lashes for his other offenses. The Court of Appeals struck down that ruling, and sent his case for review to Jeddah’s Criminal Court. He remained in prison during this process.

On May 7, 2014, the Center for Inquiry learned that a Saudi court issued a new sentence for Raif: 10 years in prison, 1,000 lashes, and a one million riyal fine. CFI would later release a translated copy of this court ruling.

On January 9, 2015, Saudi authorities gave Badawi the first 50 of his 1,000 lashes, prompting the Center for Inquiry to once again demand that the Saudi Arabian government end this persecution, forego this brutal punishment, and free Raif immediately.

Badawi’s sentence and punishment has been condemned by many prominent political figures, including several foreign governmental and UN leaders and eight U.S. Senators.

This section will be updated as news develops on this case.