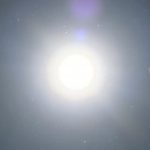 Hi, I'm philosophicus. I like science, philosophy, technology, and progress.