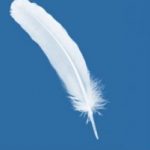 Born in Amsterdam, Netherlands. After HS traveled the oceans for two years as merchant marine, then emigrated to Vancouver, Canada, where I worked for a record distributor. Joined a musical group as bass player and played in clubs and some concerts. Emigrated to US and traveled for 7 years on the road, playing in Vegas, Reno, Tahoe, Los Angeles, Chicago and many smaller towns throughout the US. Got married and became bid supervisor for a large industrial coatings co. After 7 years, moved to the NW and became grant/proposal writer for several Indian Tribes, obtaining funding for native economic development projects including a fish hatchery and hotel/casino complex. Then worked for 7 years as bookkeeper for a large non-profit social services company, during which I acquired associate degrees in accounting and architectural drafting. Am now retired and working on expanding my understanding of life and the universe. "To the symphony of life, no one has the score" Found a perfect informal home forum in CFI. I view myself as a metaphysical naturalist and humanist.