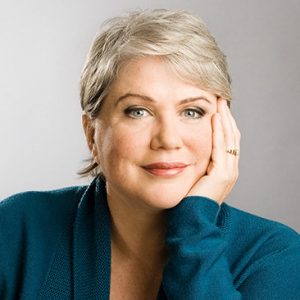 The Center for Inquiry is delighted to announce the election of actress, comedian, and playwright Julia Sweeney to its Board of Directors. Beloved for decades as a performer in television, film, and theatre, Sweeney has been a singular pioneer for atheist acceptance in mainstream culture, grappling with the personal challenges of being a nonbeliever with raw honesty, eloquence, and humor.

“With the degree to which atheists have been and still are society’s most unjustly despised minority, Julia Sweeney has shown remarkable courage and success in using her star power to help eliminate the horrendous prejudice that we face,” said CFI Board Chair Edward Tabash, a veteran attorney and activist for secularism and the rights of the nonreligious. “She is a most welcome and wonderful addition to the CFI Board of Directors.”

“Julia has been at the forefront of atheist acceptance,” said Robyn Blumner, president and CEO of the Center for Inquiry. “She has used her talents and celebrity to promote reason and rational thinking in the most entertaining and delightful way, bringing people to the cause who might have been turned off by more strident voices. We are so lucky to have her as part of CFI’s leadership going forward.”

First earning national attention for her years as a cast member on Saturday Night Live, Julia Sweeney has created several acclaimed one-person shows for the stage, in particular the groundbreaking play Letting Go of God, which chronicles her personal journey from Catholicism to atheism, a work that became a source of inspiration for many nonbelievers. She also created the critically acclaimed plays God Said Ha!, which played on Broadway and was made into a film, and the most recent, Julia Sweeney: Older & Wider.

Her film credits include Stuart Little, Pulp Fiction, Monsters University, Vegas Vacation, and It’s Pat: The Movie, and she has appeared on television shows such as Brooklyn Nine-Nine, Frasier, 3rd Rock from the Sun, Mad About You, Family Guy, and many more. She is currently a series regular on the Hulu show Shrill and has a recurring role on Showtime’s Work-in-Progress, which will premiere in December.

Intelligent Design and Science Denial: Nathan Lents on the Next SKEPTICAL INQUIRER PRESENTS

We’re Not Backing Down from Walmart

The King of Wishful Thinking