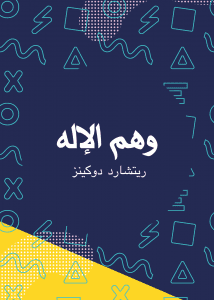 The Books of Richard Dawkins, Professionally Translated for Free Access in the Muslim World

“I want to persuade the reader, not just that the Darwinian worldview happens to be true, but that it is the only known theory that could, in principle, solve the mystery of our existence.”

In many parts of the Muslim word, obtaining books that explain and celebrate science written in one’s own language can be prohibitively difficult, especially in places where foundational scientific concepts such as evolution are perceived by religious extremists as threats to their authority.

This is one reason why the works of world renowned evolutionary biologist Richard Dawkins have propagated so freely online in Muslim-majority countries, where there is an acute hunger for scientific literature. These unofficial versions of Dawkins’ books have been translated from English to the local language by passionate amateurs and enthusiasts, and they have been downloaded by readers many millions of times.

The Center for Inquiry would like to lend a hand. And, as it so happens, so would Richard Dawkins.

Announcing The Translations Project, a program of the Richard Dawkins Foundation for Reason & Science, part of the Center for Inquiry.

The books of Richard Dawkins—including River Out of Eden, The Magic of Reality, The Blind Watchmaker, and The God Delusion—are being professionally translated into languages such as Arabic, Urdu, Farsi, and Indonesian and made available to download free of charge.

More titles in more languages are in development.

To see just what kind of impact these books can have when they can be read in one’s own language, watch this video from the German chapter of the Richard Dawkins Foundation, in which Richard Dawkins himself speaks with young Saudi Arabian atheist Rana Ahmad, author of the new book Frauen dürfen hier nicht träumen (Women Aren’t Allowed to Dream Here).

Rana found hope and inspiration when she was able to obtain an unofficial translation of The God Delusion in Arabic, though she had to treat the digital file as a kind of contraband, going to great lengths to hide it. “If you start to search, if you start to open your mind and know other kinds of thought,” said Rama, “for us, reading your book was the beginning.”

Visit the Translations Project at translations.richarddawkins.net.