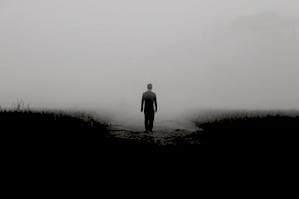 Secular Rescue is a program of the Center for Inquiry that identifies those writers, activists, and everyday citizens in countries such as Bangladesh, Pakistan, and Iraq who live under the threat of violence and death. Secular Rescue then provides financial and diplomatic assistance to help these courageous freethinkers escape to safety so they can continue to write, work, and live. Earlier this year, The Atlantic profiled Secular Rescue and its successes, calling it “The Underground Railroad that rescues atheists.”

Secular Rescue has given relocation assistance to more than 36 people and their families who are now living new lives. Several other cases are now under review.

This is the story of one man, describing in his own words the peril he faced for years as a secular activist in Bangladesh, the danger posed to his family, and how CFI’s Secular Rescue helped him navigate a path to safety.

We are withholding his identity for his protection. This has been very slightly edited for clarity due to language differences.

Since the murder of my friend Ahmed Rajib Haider during the wake of the Shahbag movement in 2013, the air in the entire country changed to a point that many would not dare to identify even as secular, let alone a secular humanist.

I along with many bloggers and colleagues of mine knew then that we could no longer stay in our homes, and we knew that this fear were legitimate well before 2015. I rarely stayed in my own home or places where I am supposed to reside due to continued fear of the overwhelming flow of threats of a very public nature.

Facebook, our personal emails, and even the news media were saturated with information about death threats and other possible repercussions from Islamist groups. Since 2013, I have found my name in at least eight different so-called “death lists” published in the media.

I survived two attacks. One of them one was a bomb attack at a procession over which I presided.

But what was really concerning is the spread of the hatred towards us and incitement of violence against us, which increased the possibility of attacks by personally motivated individuals. I was forced to limit my contact with my parents and family members, so that they would not face any repercussions for me.

In 2015 [the year Avijit Roy and many others were murdered in Bangladesh – ed.], I was already in Europe. But after the continuation of publicly issued death threats, some of which made their way to international media, I was forced to go into hiding and take a new identity. I was given a protected identity and forced to move to a secret location after the police of my host country assessed my threat level and concluded that there was chance that what had been happening in Bangladesh could happen in my European host country too. I had to keep my marital status secret until my wife got out of the country.

The situation I faced meant continuing to live with a different identity, and taking medication and undergoing therapy for PTSD for the last four years. In short, I could not escape the reality of what had caused the death of many of my fellow bloggers in Bangladesh.

Many of my friends are alive today only because they got the timely support of the Center for Inquiry, which provided financial assistance, background information, and supporting documents that helped them get out of Bangladesh and to reach safe countries.  Personally, I am indebted to CFI as the organization that individually assessed my particular situation and helped me to overcome many practical barriers, helping me make my case to many local authorities in my host country that are not thoroughly aware of the situation for secular writers and activists in Bangladesh.

Sometimes, one piece of paper and a statement becomes a life-saving point for activists like me, and that is how I can describe the help I got from CFI.

You can help support freethinkers like this by giving to Secular Rescue.