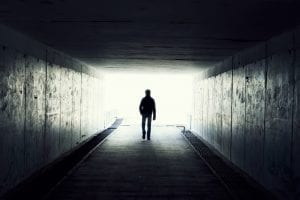 Secular Rescue’s mission is predominantly rooted in protecting emboldened atheist activists whose lives have become the targets of extremists because of public or social-media based human rights advocacy. It is relatively easy to spot an activist from a sideliner: nearly all or a majority of activist writing focuses on the inhumanity of hateful intolerance against those who choose no religion over some faith. However, many of those who seek emergency assistance from the Center for Inquiry’s Secular Rescue program are deemed “reluctant activists”: those who do not intentionally engage in public advocacy for freedom of conscience or the freedom to not believe in God but nevertheless become de facto activists.

Such is the case of Ali, a young Tunisian ex-Muslim who was outed in his community, in a public way, as an apostate from Islam. He didn’t deny it and continued to try to live a secular life but was persistently harassed and unable to find work—declined because of his atheism. Like most atheists in Muslim-majority countries, early threats came from family: he was threatened with expulsion from his family home due to his beliefs and the local Muslim community’s pressure on the family, and his father subsequently stopped paying for his university fees and cut him off from interaction with the family.

Ali was subjected to threats of death and injury and was nearly ambushed in the street by would-be assailants who made threatening comments about him being an infidel; his dog was poisoned and killed; later, another poisoning attempt was made on his new dog. His computer was vandalized at school, and other students began shunning and making threatening comments about infidels in class, so he spent a lot of time in isolation feeling fear and anger.

He contacted Secular Rescue, and after his case was vetted and the available evidence reviewed, he was provided with a grant to cover his living expenses and school costs to wrap up his degree program. He rented a place to live for six months with the aid and was able to pay his remaining school fees. He also began a small business to generate a small amount of income on the side as well. Additional funding may be needed for Ali to purchase protection services or relocate to a safer area upon graduation. Secular Rescue also referred him to Free Hearts Free Minds for life-coaching sessions, which he found very helpful in assisting with his mental state and dealing with his anger at his situation.

Ali was approached by another ex-Muslim earlier this year, who confided in him and told him that after the public outing, many people in the community viewed him as an atheist leader, which helped explain the ever-increasing levels of harassment he faced. Several other people have also told him in confidence that they are no longer believers, and now he is someone who others go to for support. He is doing well in his university program and was invited to make a speech at an event and plans to highlight the importance of reading, thinking for oneself, and expanding ideas. He’s also a budding writer, and Secular Rescue suggested some possible outlets for publishing considerations, such as the Atheist Republic publishing arm and the crowdfunding literary agency Publishizer.

After being tagged as an atheist leader in his community and facing increasing dangers—despite barely engaging in traditional public activism and advocacy for freedom and secularism—Ali is now full of hope and much less fearful than he was before. As a reluctant activist who never sought the attention of his community, he is still not comfortable with the idea of being seen as an “atheist leader,” but every day he gains more confidence in himself, who he is, and his right to live a secular life. After being targeted by family and neighbors as an infidel who deserves death, Ali now has a place to live, will be able to complete his studies, and then he can look for work and a fresh start with a new degree in hand.