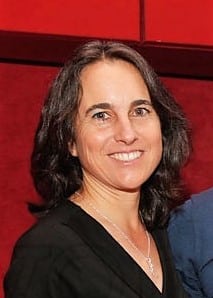 As the director of the Teacher Institute for Evolutionary Science (TIES), I am disheartened by the proposed changes to Arizona’s draft science standards. By calling evolution into question, Arizona’s proposed standards might open the door for teachers to bring religion into the classroom. Evolution is the only valid scientific explanation for the diversity of life on our planet. There are no credible dissenters within science. None.

The new draft also will be able to bypass instruction on the Big Bang Theory, something that will handicap any student interested in astronomy or astrophysics. If I were a parent in Arizona, I would be outraged that the education of my own children will be affected by these possible changes to the state standards.

“Because evolution IS a theory in many ways,” she told Fischer. “And that’s what our children should understand, that while there are parts and pieces of it that are we can, I think agree, are proven science, there are other areas of it that are very theoretical. And if we’re going to educate our children instead of just indoctrinate them to one way of thinking, we have to be able to allow them to explore all types of areas.” (from AZCentral.com- Roberts: Holy Scopes! Arizona’s education chief attacks teaching evolution, Laurie Roberts, opinion columnist, Published 11:51 a.m. MT May 21, 2018)

Douglas does not understand how the word theory is used in science. A theory in science is an explanation of natural phenomena supported by all available evidence. The truth of the theory of evolution is supported by 150 years of scientific research, only strengthening over time as more confirming evidence piles up. Those who seek to weaken its teaching are doing so to insert religious ideas into science classrooms, an effort that has been rejected by the courts as contrary to America’s constitutional principles.

These changes to the Arizona standards distress me because as the director of TIES, I have seen how the study of evolutionary biology can impassion teachers and students alike. Good teachers who are confident and enthusiastic about their subject can in turn get children interested in science, creating the next generation of scientists and innovators, but they need high-quality standards as a starting point.

Last August, I published a paper comparing the middle school evolution standards of every state. Arizona’s middle school evolution standards received a grade of F. Those states that have adopted the Next Generation Science Standards (NGSS) received grades of A. The NGSS states are setting their students up for success. By not adopting the NGSS as they are, Arizona is placing its students at a disadvantage.

Among the key components of the NGSS is their focus on science methodology. Science is based on the scientific method. Scientists question, observe, experiment and share their results with other scientists repeatedly. After years, decades, and even centuries of arduous trial and error, an idea achieves scientific consensus and makes its way into our science textbooks. This amazing process gives us modern medicine and iPhones and put a man on the Moon. It’s a beautiful, wonderful way of gaining and sharing knowledge.

There are many things about this great country of ours of which I am proud. Our exceptional scientists and their discoveries and inventions are on the top of my list. This nation has benefited the world with its advances in medicine, communications, and space exploration, just to name a few. Our scientists provide us with crucial information on climate change and use evolutionary biology to inform medical practices and even conservation efforts.

Why would the leaders of a US state deny this knowledge to their own children? How can Arizona compete in this global economy without knowledgeable young people who can lead the way with the innovations of the 21st century? After all, these innovations can only become reality through scientific discovery and new technology. The changes to the state standards will surely handicap Arizona ‘s students.

Understanding the world around us through the understanding of science can inspire our children to make positive changes for all life on Earth. It is my hope that enough citizens of Arizona will cry out against these changes and ensure the educational future of Arizona ‘s students.