The Health Wars in a Special Expanded Issue 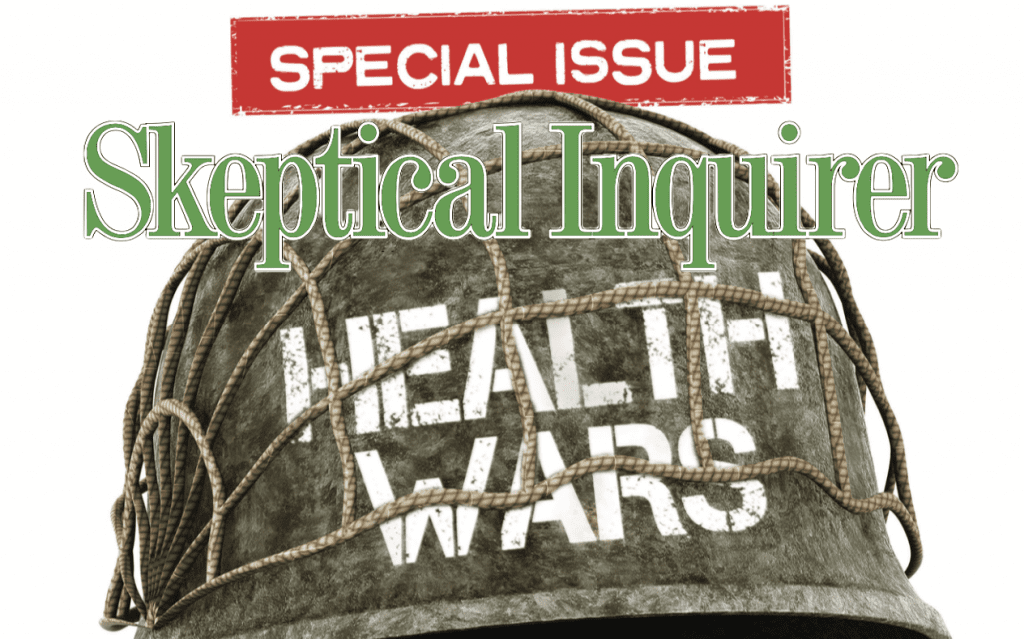 Medical pseudoscience is rampant, promoted not only by obvious snake oil salesmen and self-help gurus promising all manner of cures from “natural” and “alternative” remedies, but even by vaunted institutions of legitimate science such as the World Health Organization and the National Geographic Society. In a special expanded issue of Skeptical Inquirer, experts in science, medicine, law, and belief report from the trenches of the health wars, doing battle against the forces of fake medicine.pr

Victor Benson, MD, takes on the deeply disappointing case of the National Geographic Society’s series of books promoting “natural healing remedies,” books that he discovers “are full of claims that lack scientific evidence, are inconsistent and internally contradictory, and don’t reach even minimal scientific standards.” Benson warns that the National Geographic Society is sullying its legacy as a trustworthy institution of science in order to sell books that “advise taking substances that have little or no evidence of safety or effectiveness.”

Also in this special issue:

“And so it goes,” writes Skeptical Inquirer editor Kendrick Frazier. “An endless parade of misleading and even nonsensical medical claims gussied up as real science and fooling not just the gullible but countless millions of well-meaning others worldwide. It seems typical of our times.”

The September/October 2019 issue of Skeptical Inquirer is available now, with both print and digital subscriptions available.

Skeptical Inquirer is the official journal of the Committee for Skeptical Inquiry (CSI), a scientific and educational program of the Center for Inquiry. CSI encourages the critical investigation of paranormal and fringe-science claims from a responsible, scientific point of view. Learn more about CSI and SI at http://skepticalinquirer.org.