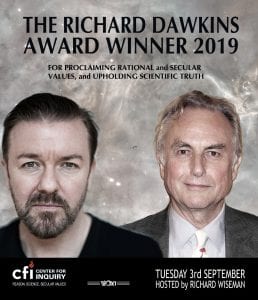 Multi award-winning stand-up comedian, screenwriter and actor Ricky Gervais will be presented with this year’s Richard Dawkins Award, from the Center for Inquiry. CFI campaigns to remove the influence of religion in science education and public policy, and to eliminate the stigma that surrounds atheism and non-belief.

The Richard Dawkins Award has been presented annually since 2003. Past winners have included philosopher and cognitive scientist Daniel Dennett, activist and feminist Ayaan Hirsi Ali, and actor and writer Stephen Fry.

The award will be presented at the beautiful Grade II-listed Art-Deco venue ‘Troxy’ in London’s Limehouse district on September 3rd. The event that follows will be an unscripted conversation between Gervais and Dawkins, in which everything is on the table and nothing is sacred. They will be joined by host, best-selling author and professor of psychology, Richard Wiseman.

Tickets for this unique and stimulating event will be available to the general public at 3 pm GMT on Thursday, July 11th. Buy tickets now.

CFI Planet-level members and above are able to buy tickets now and receive a 10% discount. Become a CFI Member today and buy your tickets while they last. 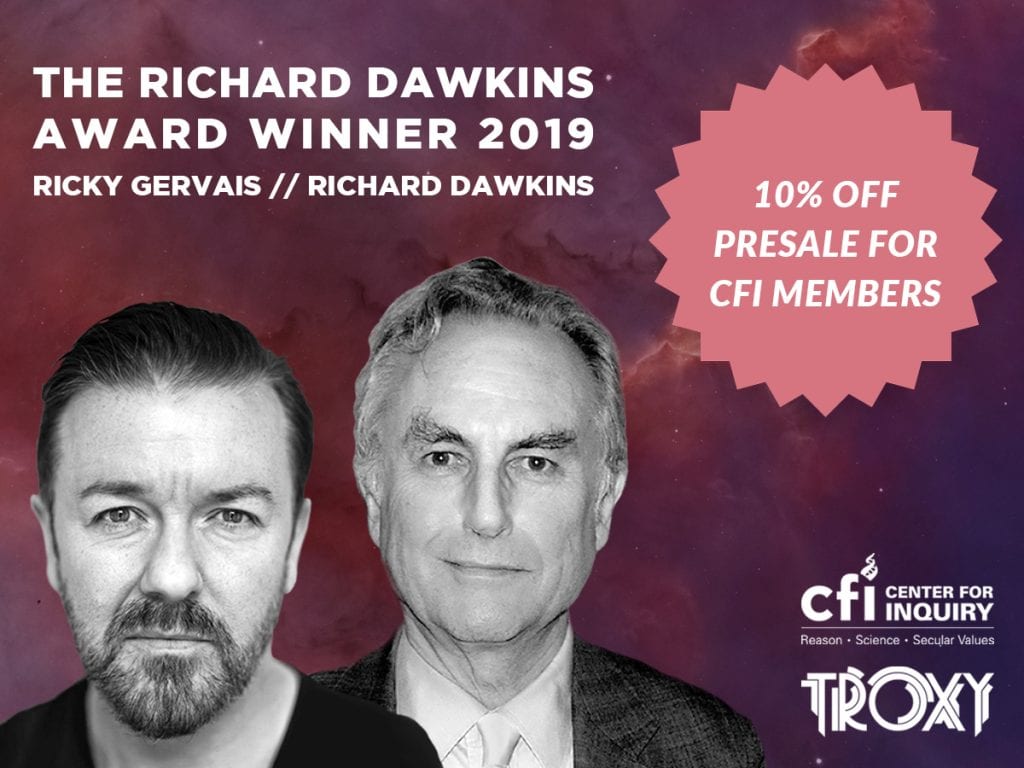