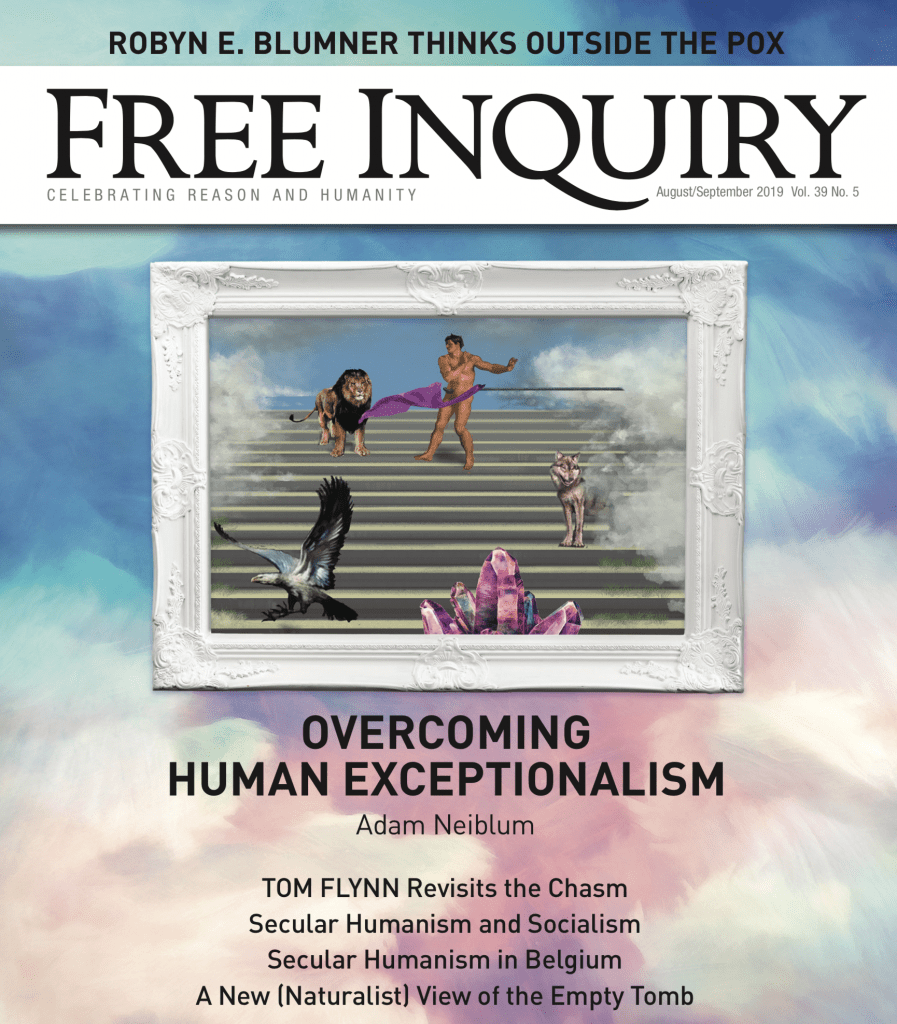 Human beings have discarded the notion that our planet sits at the literal center of the universe, and most of us have accepted the fact that we evolved through natural processes, not zapped into existence by a deity. But according to Adam Neiblum, author of the cover feature for the latest issue of Free Inquiry magazine, there’s one very big myth our species has yet to bust: the myth of our exceptionalism.

Neiblum writes that human beings are woefully misguided to assume that there is something categorically superior about us and that our well-being as a species may depend upon our learning this hard lesson—that our “arrogance and hubris” are “causally connected” to such crises as climate change, pollution, and overpopulation.

Neiblum says some of the blame can be placed on Abrahamic religions that used God as a “surrogate” for humanity, but that contemporary secularists continue to propagate this flawed concept (many of us do call ourselves secular humanists, after all).

Find the August/September issue of Free Inquiry on newsstands, and you can subscribe to Free Inquiry in print or online.