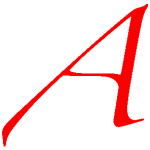 Atheism is the lack of belief in a god or gods. That’s it. Despite common stereotypes, atheists aren’t necessarily anti-religion, nor do they “worship” themselves instead of a god.

For that, other terms like naturalist, secular humanist, and even Pastafarian connote a rejection of religion while also defining the substance of an individual’s philosophy or worldview.

Atheism is a valuable critique of outmoded, regressive religious systems with its vision of a universe upon which meaning was never imposed from above.

Atheism and freethought trace their roots to ancient Greek philosophy, with its emphasis on rational inquiry and curiosity about the workings of nature.  Other sources included early Chinese Confucianism, ancient Indian materialists, and Roman Stoics, Epicureans, and Skeptics. Submerged during the Dark Ages, freethought re-emerged in the Renaissance.

The Richard Dawkins Foundation is one of the premier atheist and secular organizations in the world. RDF’s mission is to foster a secular society based on science, reason, freedom of inquiry, and humanist values and have been a division of CFI since 2016.

Watching as the Supreme Court Vandalizes the Wall of Separation